On December 26, the Hamilton Volunteer Rescue Squad responded alongside fire apparatus to a full box alarm house fire in Waterford. Volunteer EMTs of the HVRS set up a rehab area and provided medical care to the firefighters on scene and to the residents as needed. During the evening, the county upgraded the call and requested a Tanker Task force due to the significant fire. The residents were displaced, but fortunately nobody required transport to the hospital from the incident.

The crew on the way to the scene of the fire. 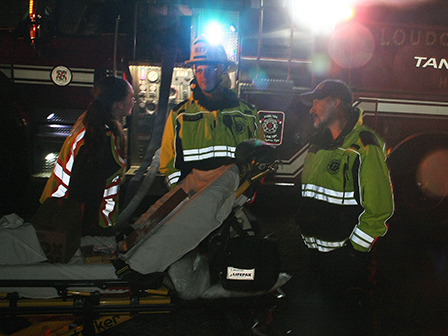 The team on standby.