After the annual Waterford Fair was canceled in 2015 for the first time in 70 years due to bad weather, the popular event was back again this year from October 7 to 9. Volunteers of the Hamilton Rescue Squad were on stand-by at three locations throughout the village. 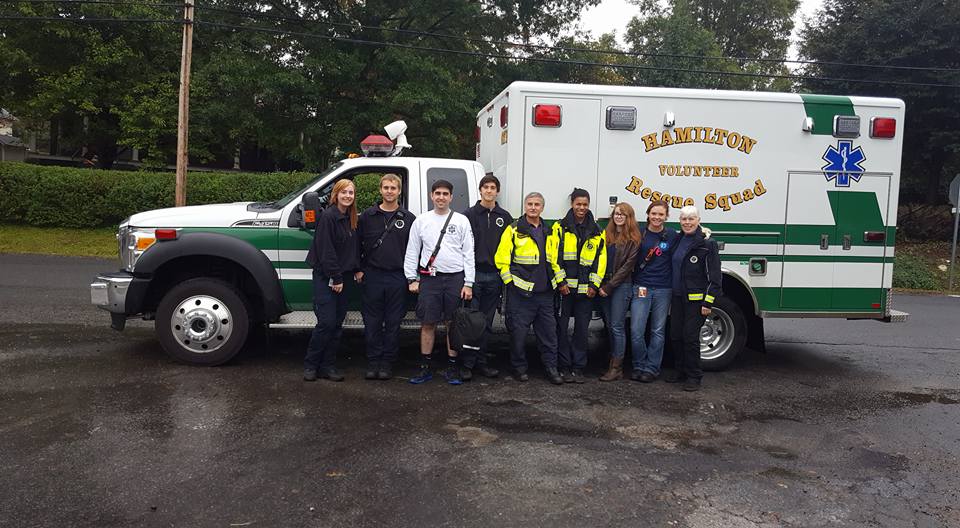 Our volunteers at the Waterford Fair

The fair is traditionally attended by a large number of people who enjoy a stroll along the many arts and crafts booths. Observing artisans hand-crafting their goods is an interesting part of the event for children and adults alike, as are the historic village buildings that can be toured, and the Civil War reenactments. 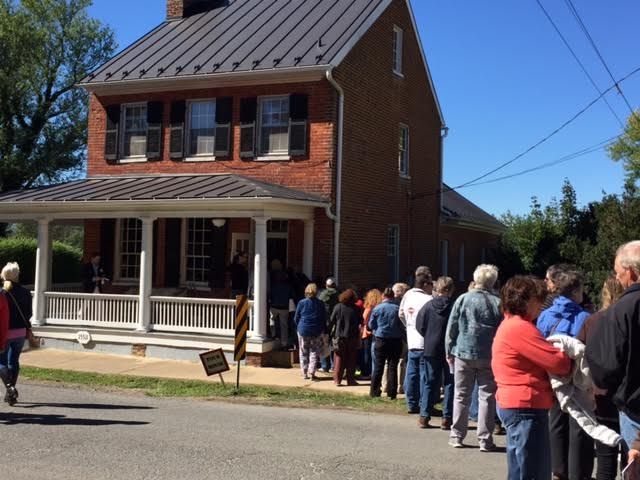 Fairgoers waiting in line to tour a building in Waterford

A group of HVRS members staffed our Gator as well, a small versatile vehicle used to swiftly get to patients in crowded areas. This enables our EMTs to begin rendering medical care until the ambulance crew arrives. 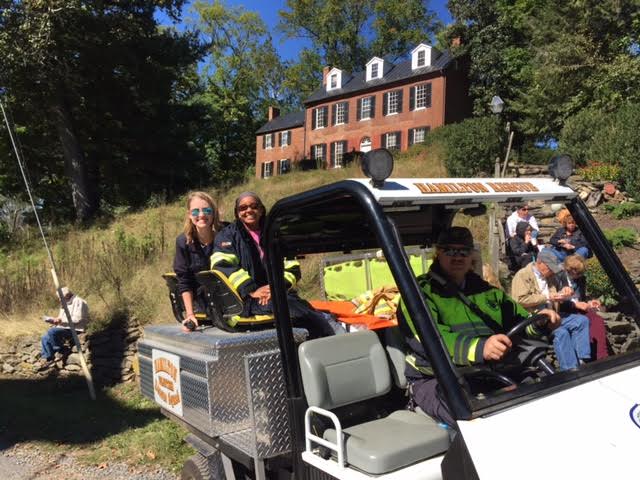 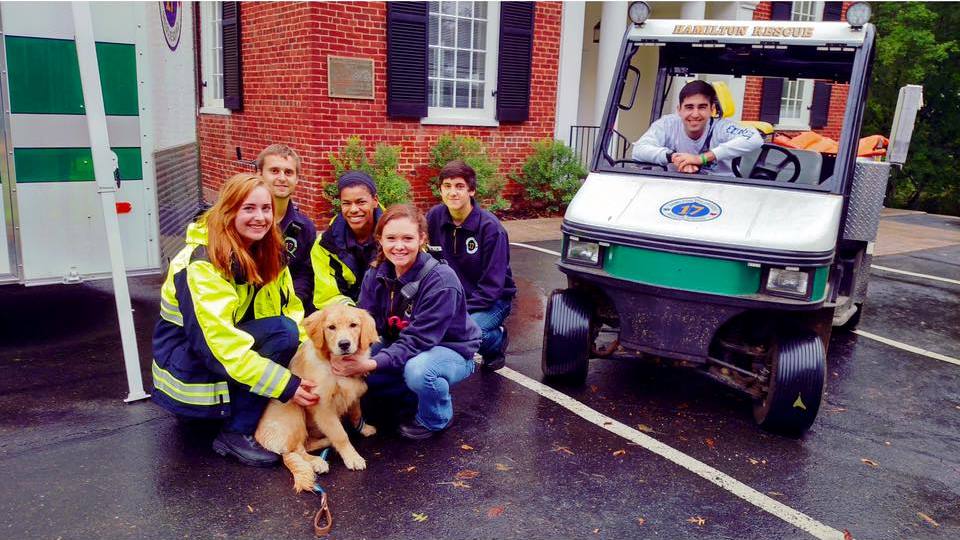 Our volunteers with a four-legged new friend at the fair

Our members, along with the support of two paramedics from nearby stations, volunteered a total of 273 hours during the 2016 event weekend. If you wish to become part of our dedicated team, head over to the volunteer application page. For more information on the Fair visit the Waterford Foundation website. Next year’s Waterford Fair is scheduled for October 6-8, 2017 (Columbus Day weekend). See you there! 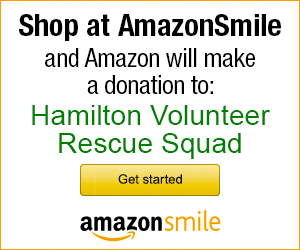